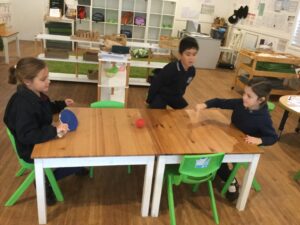 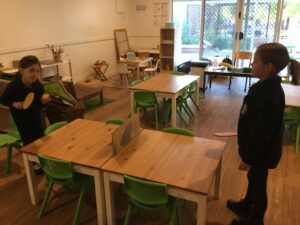 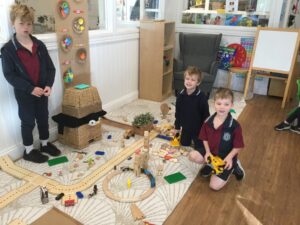 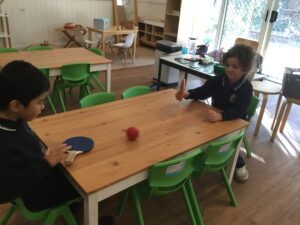 Happy Monday everyone, This morning children created cubby houses and role played animals, such as dogs and cats. Children opted to play table tennis over ping pong challenge. Extension from Matilda of rolling a cricket ball on the table with bats, if the ball leaves the table, example hit it too hard, the other person gets a point. Taking turns to regulate how hard to hit the ball, whilst enhancing their hand eye coordination. Drawing and colouring in was a great way for some to chillax throughput the morning. Jordan, Wynter and Otto problem solved together as they completed numbers puzzles. Louie used the large floor space to make a road from wooden tracks, and wooden train tracks with wooden blocks for houses. He play cars and towns with Jason and Otto. To transition to school, children caught the ball and named their favourite thing that they did on the weekend. Walk and talk we talked about playing board games. Bobby told us lots of stories about playing monopoly with his family.

This afternoon, children built mazes and houses with mattresses to role play families. There was construction on a smaller scale building houses from giant dominos. Jason organised home corner with all the plates and food in order to be neat. Colouring in, drawing and playdough helped strengthen fine motor muscle development. Bobby drew his own monopoly board game. Group game of sleeping lions, with the story of There was an old Lady who swallowed a fly. Children’s spontaneous games was the floor is lava which incorporated music and dancing.

Thanks for visiting the OSHC post. Enjoy the rest of your day ❤️🐌🎉🌺😎🦋 Miss Lea 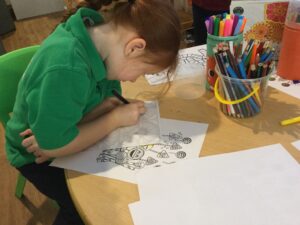 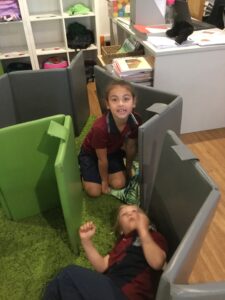 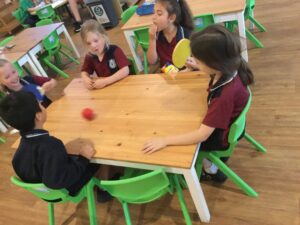 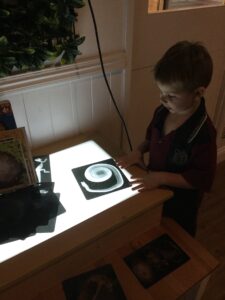 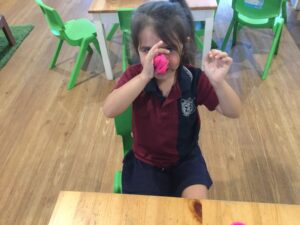 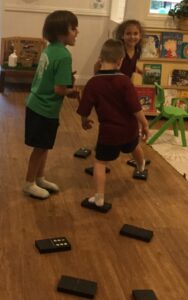 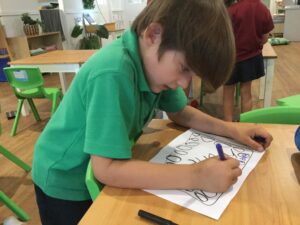