Hello families, This morning the children created cubbyhouses and helped set up the playground. Contributing to their world. As we transitioned into the next room, we extended on the ball and table games by rolling a ball along joined tables with our hands. “If the ball leaves or bounces on the table the other player gets a point” announced Ruby as she helped to regulate rules and keep score. Children took turns to verse the winner. Children are becoming aware of fairness as they waited for their turns. In home corner Tia, Jordan and Wynter played restaurants, I love Chiken said Wynter, and I love watermelon added Jordan. Tia wrote on a board as others placed orders from the menu, then prepared play food plates. Children are becoming aware of healthy lifestyles and nutrition. Spacial awareness, experimentation, construction and problem solving as Jordan and Lucas created different scenarios with Giant dominos and a water bottle for domino toss. Riversdale dollars were handed out this morning and transition was catching the ball to name your favourite drink. Compost tumbling on the way to school. 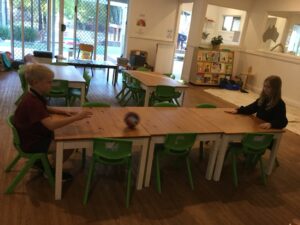 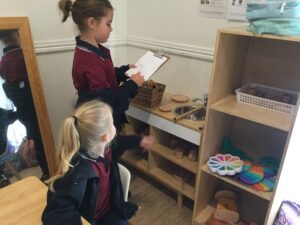 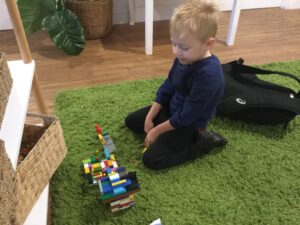 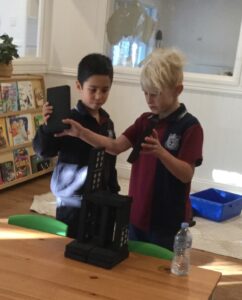 This afternoon Miss Crystal did some reflective reading with a book about dinosaurs. Parker seemed to be able to name all of dinosaurs. Art and craft ext from yesterday, children did folding, drawing, colouring and writing to create a story. Cubby houses and LEGO were also popular construction play experiences.Outdoors Kiarnni, Ellie, and Isabella played in the mud kitchen with a sesnsory role play they called Mums and Dads cook. Scooters, bikes, and tag games had children engaged for most of the afternoon. 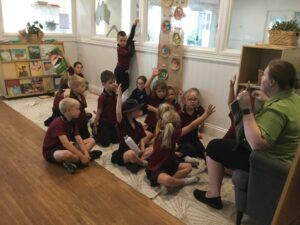 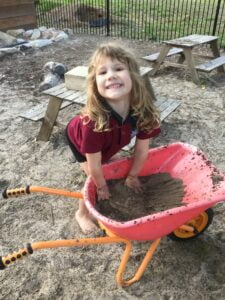 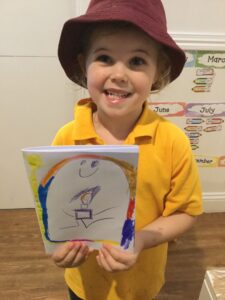 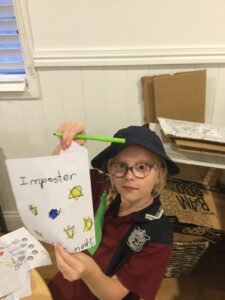