Our morning of adventures began inside before long we headed outside as we played and awaited the arrival of all of our friends. It has been so great to see the reconnection of friends with the time away, the children all get the biggest smiles on their faces when they walk in and see their friends. This morning Lincoln, Sayde, Cohen, Ella and Ivy joined some of the friends from kindergarten and Mr Andrew up in the tree house where they played Doctors and Germs. Mr Andrews was the germ master and the children then ran around running from Mr Andrews and the attack of the germs “beanbags” Mr Andrew throwing the beanbags at the children to give them the gem. Once they get hit they then become stuck and can only be released by the doctor. Lincoln and Sayde absolutely love playing this game and always request from Mr Andrews.

Delila, Vaughn and Conall enjoyed their morning making sand castles and then running around the playground chasing each other. Vaughn was the tagger, with Delila and Conall running as fast as they could. Ariana, Harper and Charlotte found an insect of sorts to which they called it “the cockroach” they had it sitting in a bucket as they watched it move, with each scatter the insect did the girls squealed with a mixture of fear and excitement. Alex and Avila spent the morning in the sandpit building a castle as well as swinging on the swings, whilst Lachlan and Bjorn were so excited to see teacher other they spent the morning running around reacquainting themselves. Myla and Everlea were at the mud kitchen playing mum and baby, with Myla being the mum looking after Everlea the baby. Colton and Billy hung out with Miss Bek building towers and castles with the lego pieces.

We then got ourselves ready for morning tea, to which we washed and dried our hands before putting our hats away and collecting our drink bottles. We sat and chatted whilst enjoying the yummy foods. Group time this morning we said our acknowledgement as well as sung our good morning song. We then extended on the initial interest of animals and today we learnt about some of the animals that may be found in the jungle. Whilst watching the video as the animals appeared we were also able to hear the sounds that they make, the class with such enthusiasm calling out the names of each animal and mimicking the sound that they make! We saw a cheetah, elephant, hyena, chimpanzee, and much more. Learning about the animals then prompted the exploration of the animal/jungle area of the classroom from Colton, Billy, Avila, Vaughn, Lincoln, Alex and Conall. Along with Miss Tiff they had some role playing happening with the making of families and the battles between animals to protect their friends. Bjorn and Lachlan obtained some dinosaurs and the trucks, placed the dinosaurs on the tracks and drove them around the room. Sayde, Myla and Everlea were all in the home corner having what looked to be a tea party, they had some snacks and some drinks along with some additional guests. Harper, Ariana and Charlotte involved themselves in some role play of families with Harper playing mum to both Charlotte and Ariana. Ella, Cohen, Delila and Ivy enjoy some time reading some books as well as drawing and cutting.

We then transitioned outdoors to enjoy the beautiful sun before heading back inside for our lunch and rest time.

We have had a great morning so far and are looking forward to the afternoon ahead! 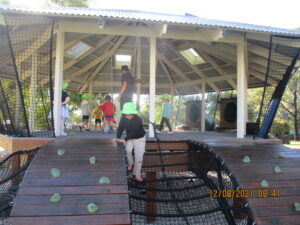 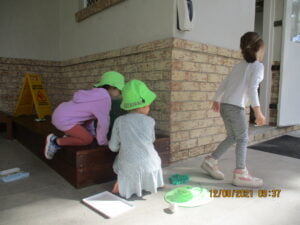 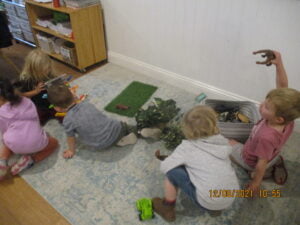 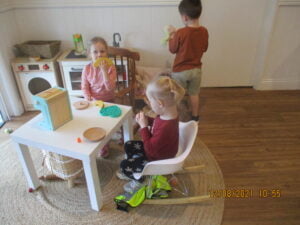 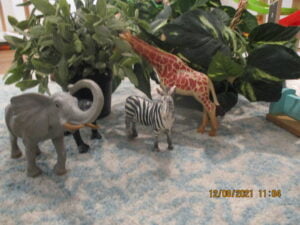